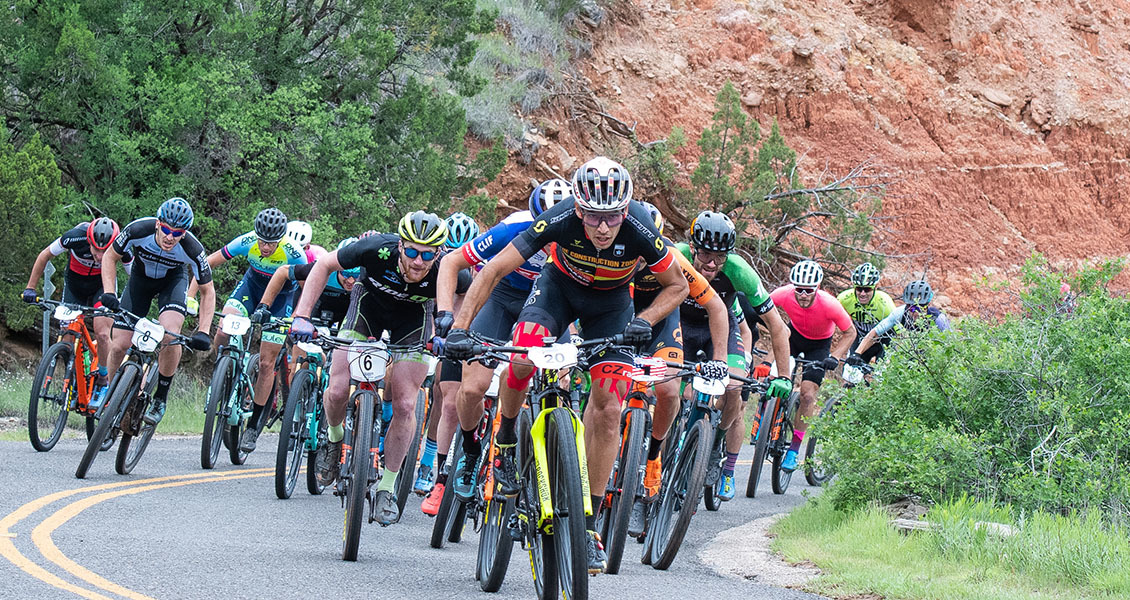 Canyon, TEXAS — With overcast skies, over 350 riders took to the trails of the Palo Duro Canyon State Park, outside of Canyon, Texas to contest the 2019 USA Cycling Marathon Mountain Bike National Championships. Those riders took on a 45.4-mile course and 24 of them came away with Stars-and-Stripes jerseys.

Rose Grant (Columbia Falls, Mont./Stan’s Pivot Pro Team pb Maxxis) made her triumphant  return to the marathon mountain bike championships, after having taken last year off. She was able to secure the top step of the podium for Pro/Open Women division against a field of strong competitors. This was her fifth marathon national title. Grant finished the race in a time of 3 hours, 32 minutes, and 39 seconds. Taking the silver was Kaycee Armstrong (Knoxville, Tenn./Liv Racing), who repeated her efforts from the 2018 edition of this championship. Rounding out the podium this year was cyclocross powerhouse Crystal Anthony (Newbury Park, Calif./Liv Racing).

When talking about the course, Grant said “Palo Duro Canyon was epically beautiful and this course was one of my favorites to date. With enough technical challenge and lots of pedaling it offered for some amazing racing.”

This was Finsterwald’s third national title in cycling. He won his first in 2010 when he won the U23 Men’s cross-country Stars-and-Stripes. On winning this title, Finsterwald said, “I’m really excited and proud to win this year’s Marathon National Championship. It was amazing racing in the beautiful Palo Duro Canon despite the epic conditions from the overnight rain. I’ll be wearing the Stars and Stripes with pride!”

Twenty-two other national champions climbed onto the top step of the podium on Saturday. They were Bridget Tooley (Frisco, Texas/Garneau-Easton p/b Transitions