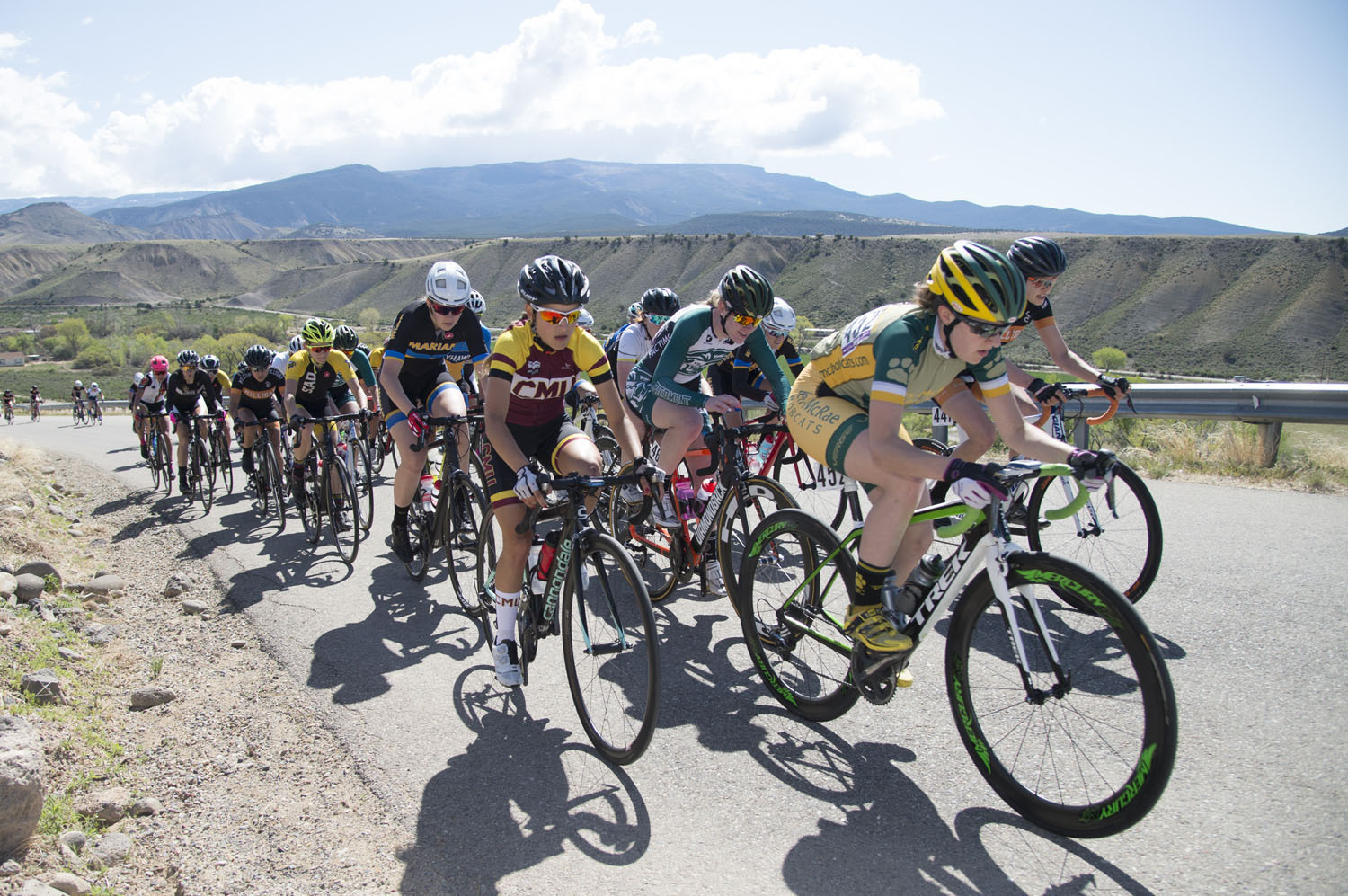 University of Colorado - Boulder dominates in women's and men's races.

The women kicked off the racing today, taking 3 laps of the course for a total of 80 kilometers.

Varsity women saw a much more controlled with race, with no attacking until the last lap. Savannah College of Art & Design – Atlanta’s Mackenzie Myatt, duked it out and took the top step of the podium. Fort Lewis College freshman Sophie Russenbergertook the silver, and Lees-McRae College senior Ashlyn Woodstook bronze. Samantha Runnelsof Lindenwood University and Natalia Francoof Colorado Mesa University round out the podium.

The men took to the course in the afternoon doing 4 laps for a total of 106km.

In the club men’s race 3 riders, University of Colorado – Boulder’s Eric Brunner and Grant Ellwood, and Colorado State University’s Chaz Hogenauer, took an early lead and were able to maintain it until the finish. With 3km to go, Hogenauer took a flyer on the false flat trying to beat the CU teammates to the line, but was caught on the last climb, with Brunner ending up victorious. Ellwood came in second, with Hogenauer rounding out the top 3. Teammate to Brunner and Ellwood, Maxx Chance, came in fourth, and John Borstelmannof University of Nebraska – Lincoln finished the podium.

The varsity men raced a strategic race of attrition, with no major break aways holding. A peloton of 30+ riders stayed together until the final lap, where it was all about the team tactics. In the final dash for the line, Mauro Rato of Colorado Mesa University captured the win. Ben Schmutteof Marian University followed close behind to take the second step of the podium, with Rato’s teammate Liam Earlbringing up the rear of the lead trio. James Hilyer of Fort Lewis College and Torbjorn Roed of CMU took the back sprint for places four and five in today’s road race.

Tomorrow the racing picks back up with the team and individual time trials on the new De Beque time trial course. For live updates from Collegiate Road Nationals, follow #collnats and @USACCollegiate on Twitter and Instagram. You can also see the links below for more information.