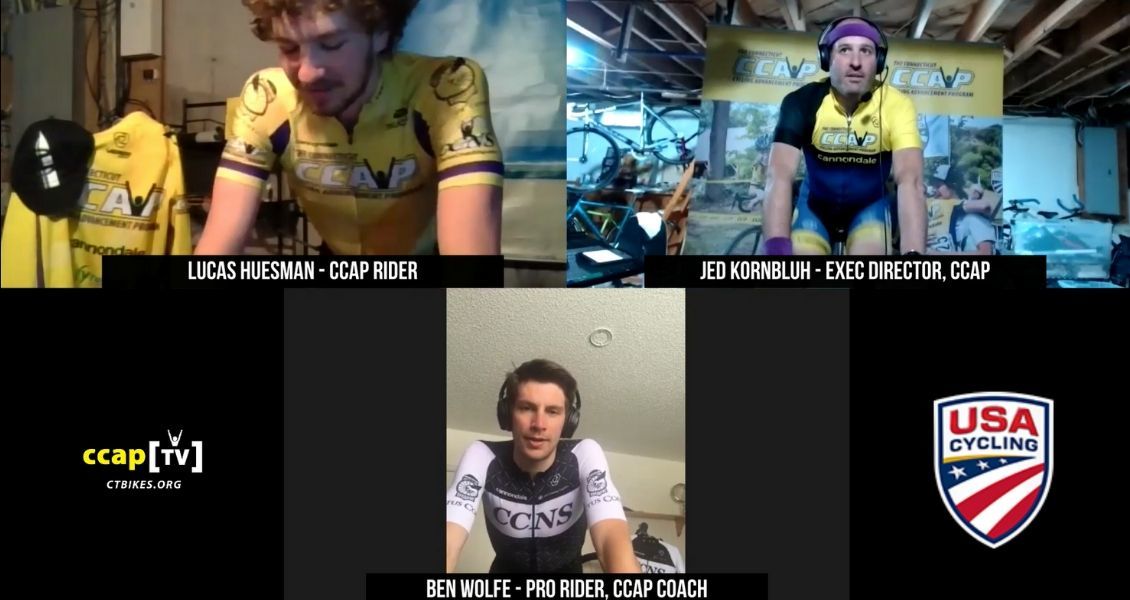 The CCAP was built as an answer to the decline in junior participation in Connecticut. In 2013, Aidan Charles, CCAP founder, saw few young riders in the sport and set out to make a positive change. Flash forward to 2019 and the young program has grown to include three seasons (MTB, Road, and Cyclocross) with 560 riders, 85 coaches, and over 40 events held over the year. CCAP has established themselves as a 501(c)3 nonprofit organization with a mission to ensure all Connecticut youth and their families have access and exposure to an organized state-wide youth cycling league. Though the program has graduated riders who have gone on to great success in racing, the grassroots programming's focus is turning kids into lifelong cyclists and the ultimate goal is to ensure these riders are still climbing onto their bikes well into adulthood and they're on their way to making that a reality.

CCAP's coach numbers grow each year as well, including many new to the USAC standards. Many of the newer coaches and parents see success among their athletes and children and eventually pin on a number and give racing a try. They can count dozens of riders among that metric since their inception and the larger they grow the more new parents will be turned on to the sport through their children from their programming.

Since 2013, the CCAP has received many awards and honors from USA Cycling, the State of Connecticut, and other community organizations. Some include:
● 2015, 2016, 2017, 2018, and 2019 USA Cycling Center of Excellence
● 2016, 2017, and 2019 USA Cycling Club of the Year (Division 1)
● 2017 Connecticut Main Street Center Keystone Award of Excellence, awarded by Connecticut Governor Malloy
● 2017 People’s Choice Award presented by Bike Walk CT
● Local Organizing Committee of the 2017 USAC Cyclocross National Championships in Hartford, CT

If you are interested in helping clubs like CCAP grow the sport of cycling, please consider donating to the USA Cycling Foundation's Center of Excellence: DONATE HERE