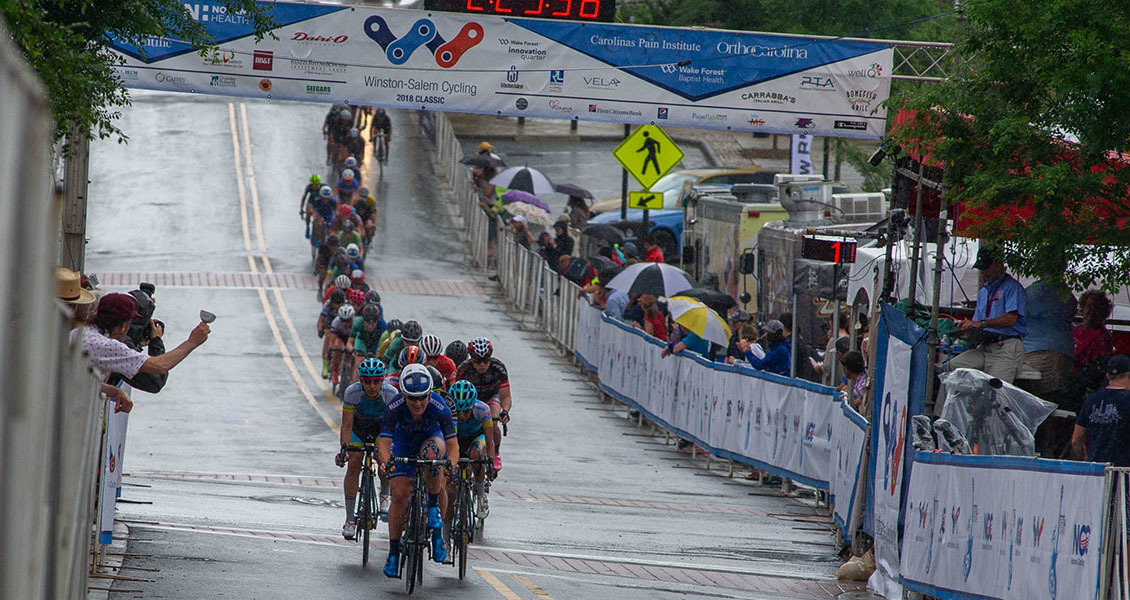 COLORADO SPRINGS, COLO. – The national calendar for the 2019 Pro Road Tour (PRT) will feature 18 events across 16 states, it was announced today by USA Cycling. Spanning March to September, the PRT schedule next year will include 45 days of road cycling competitions, with 16 of the 18 events offering races for both Elite Women and Men.

The PRT is comprised of the top road race events in the U.S. and is open to both professional and amateur cyclists. Events are a mix of quality criteriums, omniums, road races, stage races, and an individual time trial event. Individual and team champions are crowned at the conclusion of the calendar.

“The Pro Road Tour enters its fourth year, and we are proud to see a very strong and diverse compilation of road cycling events to leverage earning opportunities for our members. The calendar is structured to provide a balance for travel, as well as support long-standing races that are traditions in local communities,” said Chuck Hodge, Vice President of Operations for USA Cycling.

The biggest changes on the 2019 PRT schedule are the move of the Redlands Bicycle Classic in California from May to March, and the return of the North Star Grand Prix in Minnesota in June with a women’s UCI stage race.

"Minnesota has a tremendous cycling community and progressing the North Star Grand Prix to become a UCI Women's event represents the strength of this community," said Race Director Brendon Hale. "We are excited to provide women the opportunity to earn valuable UCI points, and provide the opportunity for men to earn USA Cycling PRT points.”

The Redlands Bicycle Classic presented by San Manuel Band of Mission Indians will open the 2019 PRT season, with racing from March 13-17. Now in its 34th season, the event is longest, continuously-running invitational stage race for pros in the U.S. The last time the Redlands Bicycle Classic was held in early spring was 2012. Hosted by the city of Redlands and surrounding communities in Southern California, the five-day stage race features three road races, an individual time trial and a criterium.

The April 2019 schedule will be highlighted by the first of four UCI stage races and two criteriums. The Joe Martin Stage Race returns to Fayetteville, Ark., April 4-7. This four-day stage race has a rich history dating back to 1978, and is one of the oldest stage race events in the U.S. The Sunny King Criterium in Anniston, Ala., follows and will be the first of 10 criteriums and crit omniums on the calendar, scheduled for April 13.

May begins with the second UCI stage race – the 34th edition of the Tour of the Gila in New Mexico with five days of racing, May 1-5. The MVP Health Care Rochester Twilight Criterium in Rochester, N.Y., returns May 11, marking the second year in a row for the spring race. The Wilmington Grand Prix, May 18, is a returning event on the PRT calendar this year. It will be the 12th year for the criterium, which is part of three days of cycling events in downtown Wilmington, Del.

The following weekend, June 1-2, offers the Armed Forces Cycling Classic presented by The Boeing Company in Arlington, Virg. The three-day Saint Francis Tulsa Tough in Tulsa, Okla., will have a dedicated weekend, June 7-9. Back from a one-year absence will be the five-day North Star Grand Prix on June 12-16, which includes road races, a time trial and criterium in and around Minneapolis. It is part of the North Star Bicycle Festival.

Three events in mid-July be on the roads of Idaho and Michigan. Friday, July 12, the only Individual Time Trial on the calendar returns – the Chrono Kristin Armstrong in Boise, Idaho. The following evening, downtown Boise will host the ASWB Twilight Criterium. In the Motor City on July 13, the Detroit Cycling Championships are the eighth criterium event for men and women.

The final two events of the 2019 PRT schedule are criteriums – the Gateway Cup in Missouri and the Bucks County Classic in Doylestown Pennsylvania. The Gateway Cup, a criterium omnium, returns Labor Day weekend with four distance courses through four historic St. Louis neighborhoods. It is one of the longest-running cycling events in the country, entering its 35th year, and has been part of the USA CRITS Championship Series. The Bucks County Classic in Doylestown, Penn., which in its 16th running will cap the 2019 PRT season on Sept. 8.

In the team standings, UnitedHealthcare Pro Cycling swept titles. The UHC women scored a 211-point advantage over Rally Cycling and the UHC men finished with a 275-point margin over Elevate-KHS Pro Cycling Team.

USA Cycling works with race directors from across the country to create various calendars and series that feature bike racing across several disciplines and ability levels. Inclusion on these calendars often includes event support, rankings tabulation and additional promotion. For a full schedule of events and updated standings throughout the season, visit: www.usacycling.org/prt