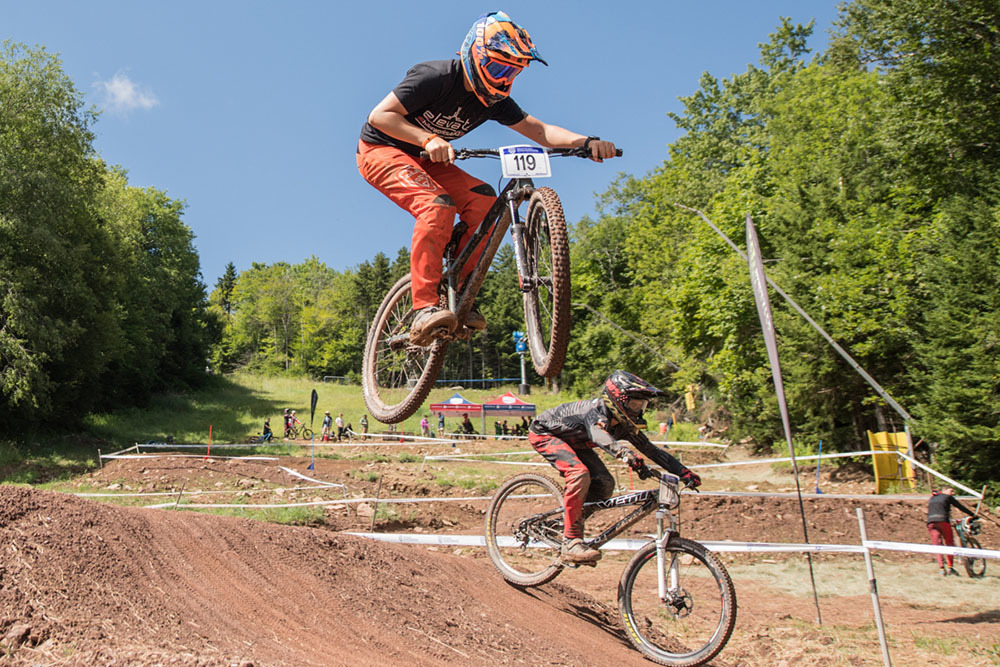 Snowshoe, W.Va. – The first Stars-and-Stripes jerseys of the 2018 USA Cycling Mountain Bike National Championships were awarded Wednesday in five Dual Slalom events. Another 22 gold medals were earned in non-championship cross-country races. It was the first day competitors soaked in the sun as courses began to dry from recent rains at Snowshoe Mountain Resort.

“We are proud to have the opportunity to partner with USA Cycling and play host for an event of this caliber,” said Shawn Cassell, public relations manager for Snowshoe Resort. “It brings mountain bikers from all over the country here to West Virginia, and gives us an opportunity to show them just how special a place Snowshoe really is. It also gives us a chance to support our case for a World Cup bid, which is very important to us and to our biking community here in Pocahontas County.”

“I was here last year and I placed third, and when I saw the one girl get the (championship) jersey, I was like, ‘that's what I'm doing next year, I want to win it’. And I accomplished my goal this year,” exclaimed Bell, who also competes in downhill racing. “This morning it was definitely a little slick. My confidence dropped a lot, and then as the sun came out throughout the day. It did dry up a little bit, then my confidence got back up and I was like, yeah, I'm going to win this.”

Masters athletes will compete in 12 cross-country categories on Thursday. A complete schedule for Enduro races will also take place in 14 categories, including Pro Men & Pro Women. Beginning at the top of Cheat Mountain, the second highest peak in West Virginia, all seven stages for Enduro races will be completed on the same day.